So, recently a friend from the USA sent me an e-mail asking me “how we (Romanians) feel about the rest of the Romance countries” and “if we feel connected with them in any way“.

My response, probably not the best (but it’s just mine.. it was addressed to me, not to the president of Romania or some Romanian who left our country 5 years ago and now feels like telling his/her thoughts about Romania) was:

Romanians aren’t very united, we are actually very different, there are many kinds of Romanians no matter what place of Romania we come from and I don’t know official statistics.

Regarding the other ‘romance language countries’, I can tell you one thing is certain. Almost all Romanians hate Moldova and all Moldavians hate Romania. Why? I don’t know and don’t care. For example, there are people who support this unification with “Basarabia” while others (like myself) don’t give a shit or actually are against it (I see Moldavians as a bunch of very under-civilized peasants who usually like to rape old women after getting drunk and after coming from Church). Actually, Romanians in general aren’t very friendly with their neighbors and neither are our neighbors with us (meaning Ukraine, Moldova, Serbia, Bulgaria and Hungary… especially Hungary).
The rest of the “romance language countries” have almost no connection to us. Or maybe just Italy. We’re a mixture of romance language and slavic language.
I’m not the right person to ask geo-political questions, since I ain’t interested in neither politics, nor geography or history. Many Romanians are patriots and nationalists for absurd reasons. In my opinion, it’s taking pride in shit that you didn’t do and hating people you haven’t really met. Personally, I can’t be proud to be a Romanian because x hundred years ago Romanians won a war, or because some Romanian is good at something and is recognized internationally. Mainly because Romania, for the past 26 years (since the revolution) has been a piece of shit, full of corruption, stupidity and anger.. and I can’t relate to that. And because that “some Romanian” that is good at something is not myself, so I can’t be proud of me as a Romanian.. I can only be happy for another Romanian, but that’s all.
If I am to talk about Romania, you’d find out just how much I hate this country and how much I want to leave (before burning it and dropping an atomic bomb over it). But if I were to leave Romania, I definitely wouldn’t go live in Hungary or Moldova or some other retarded country similar to Romania. I either stay and die here or go to a civilized country such as Germany, Austria, Norway, Sweden, etc.

You’ll soon know more about Romanian history and geography than myself and I won’t be ashamed of that.

In a word I’d describe Romania as: orthodox Christianity (aka un-evolved monkeys). When you think about orthodox Christianity, you can also think of Russia, which is like a bigger Romania. Romania and Russia are pretty much the same. Patriotic orthodox Christian extremists with medieval thinking.
“We’d like to note that Romania is a country in Africa, we live in insalubrious underground holes, we are cannibals, we hunts rats with the bow, we don’t have cars, we travel through trees painted in yellow and all the constructions and buildings that you have admire if you chose to make a trip on these lands, have been built by a superior civilisation to which we have no connection… Thank you” – Andrei Gheorghe 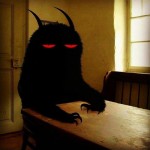